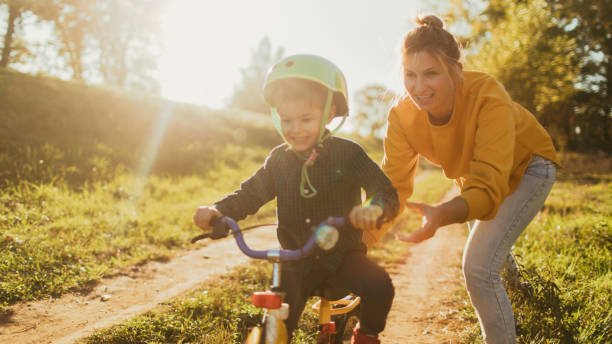 Raising children can be a very rewarding experience, but it’s not easy to always keep your cool when your kids are throwing tantrums or doing something you know they shouldn’t be doing. One of the biggest mistakes parents make is raising their voices at their children in frustration and anger, then feeling guilty later when they realized how upset their kids became.

Parents shouldn’t neglect their social lives just because they have kids. It’s not good for you or your children. So, try taking them less often, so that you and your partner can enjoy each other’s company for some alone time. There will be plenty of opportunities in which to bond with your children later on! It’s OK if they don’t spend every moment of their early lives attached at your hip.

Getting involved in their business

The first mistake many parents make is getting involved in their child’s life like they did when they were kids. It’s important for parents to step back and let their children discover themselves through experiences—the way you did when you were growing up. A parent should never push his or her child into something or force them on anything. Let them decide what they want out of life and help them get there if that’s what they desire, but don’t take over for them.

Attempting to control everything

We know—we know—that’s easier said than done. We live in a world where new distractions seem to pop up every hour of every day, making it increasingly difficult to keep your kids on task. That being said, try not to nag and bug your children about everything they do, whether it’s homework or practicing an instrument. The more you tell them what to do, when to do it and how to do it, the less likely they are to develop self-discipline. Instead, set clear expectations for their behavior and allow them some independence in meeting those expectations. They’ll be more likely to develop self-discipline if you let them make their own mistakes from time to time rather than constantly telling them what not to do.

Not making them do chores

A big part of growing up is learning responsibility, and that begins at home. If you’re an adult who hasn’t learned how to do your own laundry or sweep your own floors, there’s no reason for your child not to learn these things either.

Trying too hard to be perfect parents

As parents, it’s natural for us to try hard and do our best. But sometimes that can push us into over-parenting territory, which can actually have an adverse effect on our kids. So try to not be too hard on yourself. Remember, your children aren’t looking for perfect parents; they just want someone who will love them unconditionally and support them throughout their lives – even when they don’t deserve it!

Having kids doesn’t mean you have to spend all your time with them. If you want to maintain a personal life, go out with friends and pursue other interests, it can be hard not just to balance that but even let your kids know they don’t come first all of the time. But if you make sure they understand that while they are very important, you do still need some time for yourself, then everyone will benefit in the long run. It’s good for kids to see their parents being independent and doing things on their own from time to time—it helps them develop into well-rounded adults who won’t rely on others for everything.

Saying yes all the time

Neglecting to set boundaries for your children is a recipe for disaster. Saying yes when you should be saying no doesn’t build self-confidence, and it can result in kids who don’t know how to regulate their own emotions, says parenting expert Jenn Berman, PsyD.

Giving into every tantrum

A child who throws tantrums will probably go on to be an adult who does so, too. But that doesn’t mean you should cave into their demands at every turn. If you do, your children may come to expect it, even after they grow up and move out.

The adage Do as I say, not as I do doesn’t work for kids. If you feel like you’re in a bind because your child did something you don’t agree with, try setting up ground rules on punishment and stick to them. If he breaks curfew one night, stay home and reinforce that he needs to be in bed at 10pm from now on. Taking away televisions time is another effective way of teaching children how their actions have consequences.

Smothering them with love

There’s nothing wrong with showing your child you love them. There is, however, something wrong with letting them get away with something simply because you don’t want to deal with their tantrum or meltdown. When they realize they can manipulate you into doing what they want by throwing a fit, it teaches them that using tears will get them out of trouble when they really mess up later in life.

34 thoughts on “Ten Things to Avoid as a Parent”